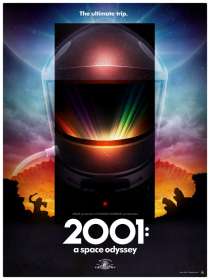 Often when someone is about to view the old Stanley Kubrick film 2001: A Space Odyssey they're very unsure what to expect or what to do, knowing only the film's reputation for being difficult. Don't worry, technology that was esoteric and unfamiliar back then has become routine and common, and the viewing public's (and even professional reviewers') ability to understand what they see has grown manyfold. That old reputation garnered half a century ago simply doesn't fit any more; figuring out what happened?  is no longer much of an issue (although why it happened is as much a blank canvas as ever:-). Put your concerns aside and take a fresh look.

Why is it historically important?

What doesn't translate well to today?

What parts of the story were driven mainly by the special effects?

Why were there so many critical opinions back then?

What's great about it now?